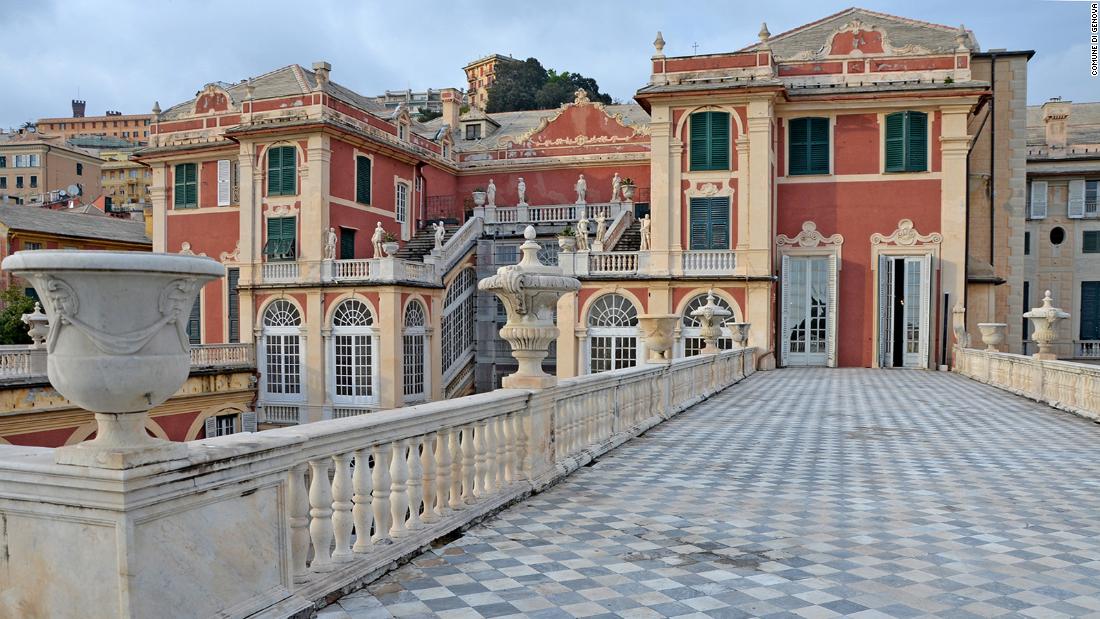 Editor’s Note – Sign up for CNN Travel’s Unlocking Italy newsletter for insider information on Italy’s best-loved destinations and lesser-known regions to help you plan your ultimate trip. In addition, we get you in the mood before you go with film suggestions, reading lists and recipes from Stanley Tucci.

(CNN) — It is the Italian city home to palaces so spectacular that they are on the UNESCO World Heritage List. A city that was once home to so much wealth that the local aristocracy lived in environments literally fit for a king, and the place where Rubens began his great artistic career.

Considered by many as “just” a port city – one whose approach to water is often marred by unsightly post-war urban development and the sprawling port itself, which stretches nearly 14 miles along the waterfront – the capital of Liguria is actually one of Italy’s most spectacular cities .

It is home to what is said to be the most intact medieval city center in Europe, and beautiful art nouveau architecture in its “new” area (yes, this is a city where “new” is still old). But what caught UNESCO’s attention in 2006 were the Palazzi dei Rolli, or Rolli Palaces – a system of aristocratic mansions so spectacular they were used as proto-hotels for visiting dignitaries and even royalty.

Palazzo Spinola’s Hall of Mirrors is modeled on Versailles.

Rolli is the plural of “rollo” – the old word for “list” – so the term means “Places of the List.” That’s because they were, quite literally, mansions added to a Renaissance list compiled by the mighty Republic of Genoa. This was no ordinary list — it was a collection of palaces so spectacular that the state could commandeer them as accommodations for VIP visitors.

The list was first created in 1576 by a decree of the Senate of the Republic “which assigns the use of private homes to host visitors of the state,” says art historian Giacomo Montanari of the University of Genoa, and the scientific curator of the Rolli Days, many of the palaces open up for tours.

“Instead of being met in a royal palace, as in Versailles or Madrid, they were in individual homes of aristocrats.”

The Palazzo is the town hall and museum.

The aristocrats already effectively ran Genoa — it was, says Montanari, an “oligarchic society.” And the mansions were even listed in different bands, depending on their quality, and who they were nice enough to host.

“They were suitable for different types of guests – so if an ambassador arrived there were mid- to high-level houses, while for monarchs or archbishops there were places of even better quality,” says Montanari, who likens the bands to hotel star ratings or the Michelin star system. Like the latter, homes could be removed from the list or demoted to the bands if they were unable to do anything.

The lists were redone five times: in 1576, 1588, 1599, 1614 and 1664. During that period, historians know of 163 dwellings that were on the roll list. The late historian Ennio Poleggi, who was director of the Institute of the History of Architecture at Genoa University, identified 88 that we can still recognize today. Around half of them – 42 – were added to UNESCO’s list.

“Tourists are always amazed by the beauty of our palaces,” says tour guide Laura Gregis. “Many of them have been to Genoa before to catch the ferry, but they didn’t think it was worth stopping. The Rolli Palaces are probably the main trigger now pushing people to see the city. In recent years, they” have been a major draw for the city – they perfectly represent Genoa’s economic power in the 16th and 17th centuries, and the UNESCO listing has made them even more famous.”

That’s because the palaces aren’t just works of art in themselves – they represent the thought-provoking story of Genoa’s success.

In the 16th and 17th centuries, this was known as “la città dei miracoli” – the city of miracles – because “completely unimaginable things could happen there”, says Montanari. In 1528 the Genoese politician Andrea Doria signed an agreement with the Holy Roman Emperor Charles V for Genoese bankers to become the major financiers of the Spanish crown.

“This allowed them to engineer a series of very high-risk activities with unimaginable amounts of money, even by today’s standards,” he says, likening it to today’s global stock market. “The largest loans in history were carried out by the Genoese in the 16th and 17th centuries.”

And that unimaginable wealth allowed them to remodel their homes, build new ones, and essentially build a whole new city on top of the old one. These are the “new streets” or “strade nuove” recognized by UNESCO. Three streets – via Garibaldi, via Balbi and via Cairoli – run around Genoa’s original medieval centre, filled with huge palaces, built on the unimaginable banking wealth. Located on the northern edge of the medieval town, on a hillside, Via Garibaldi was actually called “Strada Nuova” or “new street” when it was built. The buildings are so impressive that the painter Rubens – who came to Genoa for his first commissions – published a book of drawings of them all in 1622.

There are also the Palazzi dei Rolli below, in the medieval core – but, says Montanari, these are medieval buildings that were reused and extended, rather than being built from scratch. That is why they are not included on UNESCO’s list.

In 2006, UNESCO inscribed “Le Strade Nuove and the System of the Rolli Palaces” on its World Heritage List, including 42 of the 88 buildings still known today – those built from scratch in the 16th and 17th centuries in “new streets ” instead of the medieval mansions that were converted. “UNESCO wanted to highlight the new city built by this new aristocratic society that had a new role in Europe as great bankers and financiers – people who held the economic survival of the kingdoms of Europe in their hands,” says Montanari.

It is, he says, a place where time has stopped. “Strada Nuova [Via Garibaldi] is still exactly as it was in 1580 when it was completed, and you can step into the heart of a European Renaissance city. It is extraordinary.

The design shop Via Garibaldi 12 is located in a Rolli palace.

Of course, hosting kings, queens and ambassadors in your own home was no easy task. The state did not pay expenses, so the owners were charged with significant expenses. On the plus side, it allowed more families to cash in on the access they gained to the great and the good. The Pallavicino family built a fortune by monopolizing the quarrying of alum – a chemical compound used to fix fabric dyes – in what is now Lazio through contacts made under their patronage. Others were less fortunate, and therefore less happy. Another aristocrat, Andrea Spinola, “said several times about the decree”, says Montanari. Don’t feel too sorry for him – he became the 99th doge (duke or ruler) of Genoa.

Today, many of the palaces are open to the public. Some are museums — like the Palazzo Spinola, now the Liguria region’s premier art gallery. On the Strada Nuova itself, three palaces – Rosso (red), Bianco (white) and Tursi have been converted into a “scattered” museum with paintings, frescoes, ceramics, coins… and the musical instruments of the Genoese violinist Paganini.

But this is a city that lives its history rather than calcifying it in museums, so many of the other Palazzi dei Rolli can be visited every day, like shops, bars and banks. About half of the UNESCO-listed ones are always accessible, says Montanari – whether they are council buildings, belong to the university or are museums. But there are other privately owned ones as well. Many open their doors for the twice-yearly Rolli Days events.

Walk along Strada Nuova and you will be able to enter many of the buildings. Some are still homes – but allow you to see their fancy entrances, atriums and staircases. Others are banks, which keep up the centuries-old tradition (Deutsche Bank at number 5 is particularly beautiful).

Via Garibaldi 12 is both the address and the name of a design store, where items from the likes of Alessi sit alongside Zara Hadid furniture under gold stucco and mirrored walls in this Rolli palace. The building was renovated in 1770 by Charles de Wailly, a French architect who had also worked at Versailles. Outside, he planned a simple neoclassical facade – the better to “surprise the guests with the richness of gold and the multiplication of the mirror in the interior spaces,” says shop owner Lorenzo Bagnara. In fact, one of the store’s rooms is a mini hall of mirrors. (There are also Versailles-like halls of mirrors at the Palazzo Spinola and the Palazzo Reale, Genoa’s “royal” palaces, though it never housed a royal family.)

– The idea of ​​putting the store on the second floor, with no windows on the street, largely reflects the city, says Bagnara, who has a degree in cultural heritage conservation. “I find that in Genoa there is always a sense of discovery and of finding something unexpected.”

The store design seeks to “juxtapose tradition and the present,” he said, with gilded wood meeting steel screens. In his university thesis he wrote about “how the restoration of a place of historical and artistic value can only be achieved through knowledge of it, and how the inclusion of an activity, albeit a commercial one, which includes respect for the space in which it is housed, can be a vehicle for enjoyment and maintenance of the property, he says.

Down in the medieval core is Les Rouges, a cocktail bar inside the Palazzo Imperiale, built around 1560 for the Imperiale family who still own it, and in Rolli from 1576 to 1664.

“It’s different from normal offices – it’s a very special atmosphere,” says Les Rouges boss Matteo Cagnolari at his workplace. It’s not all ordinary – strict conservation rules mean they can’t even install air conditioning – but Cagnolari says he wouldn’t trade it for the world.

“Many of the palaces still have private owners – often the same families that built them – so the owners don’t have to turn them into museums,” he says of why Genoa is special. Above their bar is an architectural studio.

In fact, the Genoese are so used to seeing these works of art as ordinary buildings, that many have forgotten that it is not normal.

Palazzo Rosso is an art gallery on Via Garibaldi.

“Sometimes they don’t see the beauty of our city,” says Gregis. “I’ve been asked, ‘But where do you take tourists? What do you show them?’

For Montanari, this mix of old and new preserves Genoa’s identity, keeping it alive—increasingly important as visitor numbers increase and Airbnbs expand across the city.

“Here, tourists are amazed that the city lives independently of them. They love that tourists are welcomed, but that activities are not only aimed at tourists,” he says.

“It keeps these areas alive, and it maintains the Genoese way of life in a way that Florence and Venice have lost.” 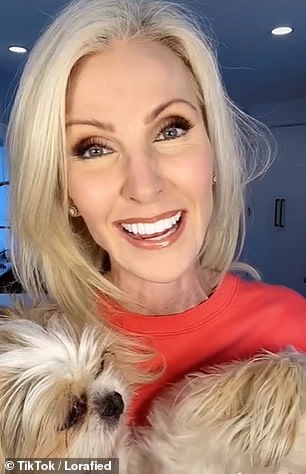 5 tips to reduce travel stress during the holidays 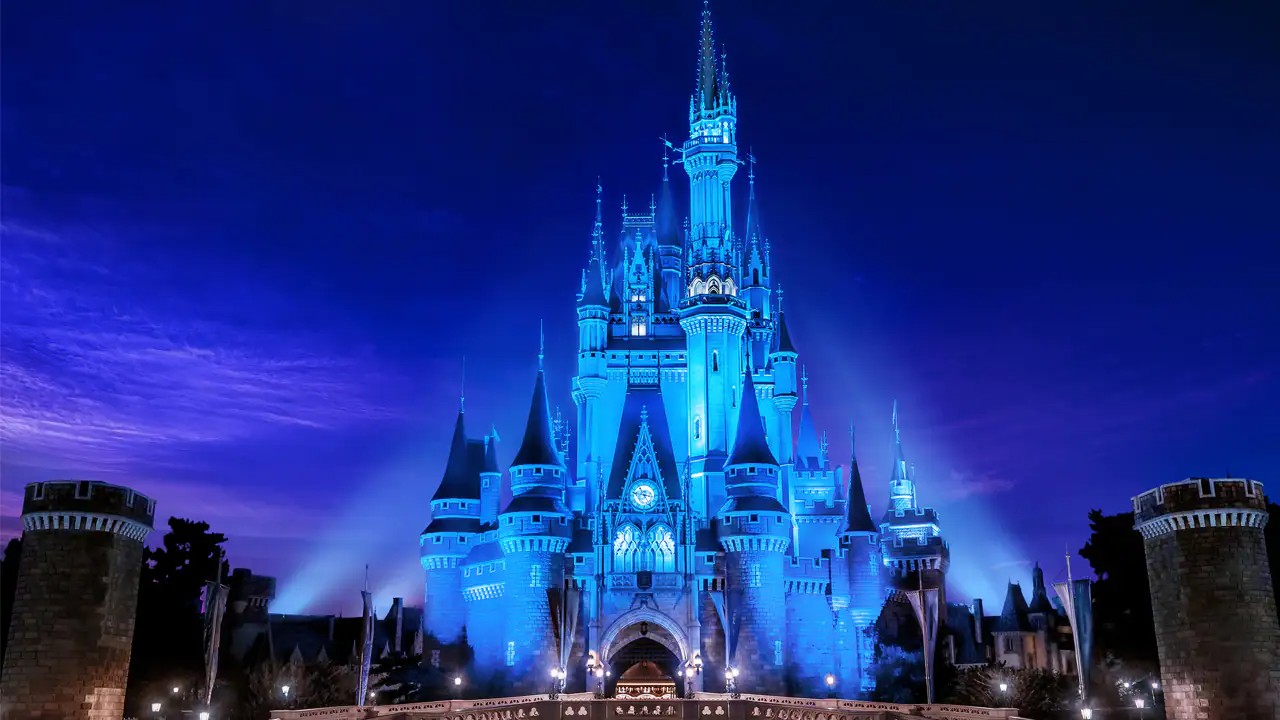 Disneyland makes a wonderful change to It’s A Small World