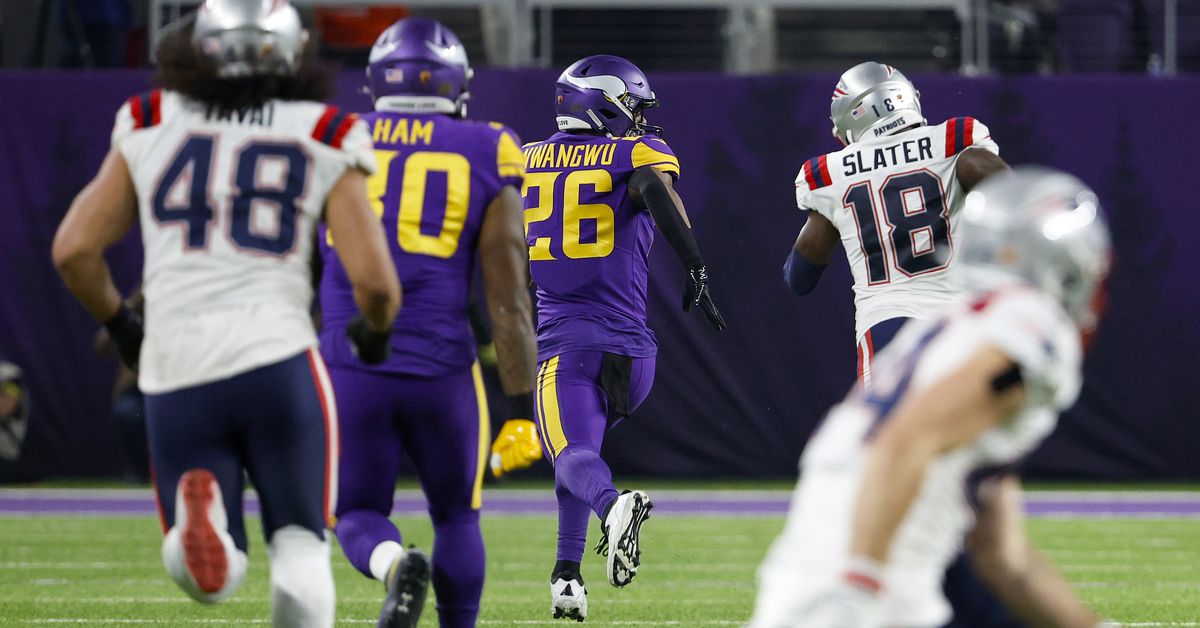 Things started off with a bang for the New England Patriots (6-5) offense Thursday night. Mac Jones and Co. were hot out of the gate, scoring 26 points in the first three quarters, but that was it. The offense sputtered in the final quarter and a half, as the New England defense couldn’t slow down Justin Jefferson and the Vikings offense.

In the end, New England’s last chance fell short as they lost 33-26.

Here’s everything you need to know from the Thanksgiving contest.

After early, Mac Jones and the Patriots’ offense quickly answered Minnesota’s scoring. Starting under center, Jones wasn’t phased by a muffed snap and hit Jakobi Meyers down the field off play-action for 26 yards. After an RPO run by Damien Harris for seven yards and an extra carry for four more, Mac found Henry for a four-yard gain before ripping a downfield between the safeties to Nelson Agholor for a 34-yard touchdown. [Patriots 7 : 7 Vikings]

After a quick start from both offenses, the Patriots defense settled down on their second drive. Facing a third-and-one after a six-yard catch by Jefferson and three-yard carry by Dalvin Cook, Cousins’ third-down pass intended for Jefferson was broken up (and almost intercepted) by Jonathan Jones.

New England turned to Rhamondre Stevenson on their next drive, as the back put together a five-yard carry and two-yard catch to start the drive. On third-down, Jones’ quick pass to Stevenson was a little high but fell incomplete, leading to a punt.

After allowing an opening first down, the Patriots’ defense found its successful script. By blowing up Cook’s second-down run to put Minnesota in a third-and-long, New England was able to get after Cousins ​​and force an errant pass — which was intercepted by Jonathan Jones.

Starting at the Minnesota 17-yard line after the interception, New England’s red zone problems continued. A designed run to Kendrick Bourne on second down was stopped for a loss of seven yards. Jones’ third-down pass to Agholor missed the punts, leading to a 34-yard field goal by Nick Folk. [Patriots 10 : 7 Vikings]

Back with the ball and facing a third-and-seven, Kirk Cousins ​​delivered a strong anticipation ball to TJ Hockenson along the right sideline for a 14-yard conversion. Two plays later, Cousins ​​ripped a play-action pass over the middle of the field to Jefferson for a 21-yard gain. Minnesota then moved inside the red zone after running backs Alexander Mattison and Dalvin Cook picked up a pair of first downs. Facing a third-and-15 after Matthew Judon drew a holding penalty, Cousins’ pass to Adam Thielen came up short. Greg Joseph’s 30-yard field goal was good to end a 14-play, 72-yard drive. [Patriots 10 : 10 Vikings]

New England started just short of midfield after a 46-yard kickoff return from Marcus Jones, who picked up where he left off. Stevenson then started the drive with a 14-yard run, but just missed a third down through the air several plays later. Nick Folk then connected on a 46-yard field goal. [Patriots 13 : 10 Vikings]

The Vikings started their next drive on the ground, but Jahlani Tavai plowed through the line to stop Cook for a two-yard loss. Facing a then third-and-12, an offside by Judon set up Minnesota for a third-and-seven. Cousins ​​then sent one downfield to who else but Jefferson, who hauled it in for 37 yards. Two plays later, Cousins ​​again found Jefferson for 17 more yards. Out of the two minute warning, Cousins ​​found TJ Hockenson along the goal line for a touchdown. However, Greg Joseph pushed the extra point to the right. [Patriots 13 : 16 Vikings]

With 1:30 left in the half, Mac Jones went to work. He first found Stevenson in the left flat for five yards before Hunter Henry broke free for a 22-yard gain. Henry didn’t get out of bounds, however, and New England had to burn one of their remaining timeouts. Jones then connected on back-to-back passes to DeVante Parker for a combined 30 yards, but then gave up on the field and New England was forced to burn its final timeout. Jones then found Agholor for 13 yards to put New England up at the five-yard line, but they had just nine seconds left after being forced to burn their two timeouts earlier. With their one play, Jones’ goal line fade until Kendrick Bourne fell incomplete. Nick Folk then hit a 23-yard field goal. [Patriots 16 : 16 Vikings]

With two seconds left in the half, Kirk Cousins ​​knelt.

After an upbeat first half, the Patriots faced an opening drive on third and one. Off play-action, Jones found DeVante Parker on a shallow cross for a 10-yard conversion. New England then faced another third-and-shot, which Jones again converted by finding Jakobi Meyers in the middle of the field for 13 yards. Two plays later, New England called play-action power — having run power twice earlier this drive — and Jones found Henry for a 37-yard catch and run touchdown. [Patriots 23 : 16 Vikings]

Back on the field right away, Mac Jones continued to act for New England. Jones found Stevenson and Agholor to start the drive for 17 combined yards, then unleashed a dime downfield to DeVante Parker for a 40-yard gain three plays later. On third-and-goal at the Minnesota six-yard line, Jones found Henry on an out route for another score, but it was ruled incomplete after a long review. Nick Folk hit a 25-yard field goal to give New England another lead. [Patriots 26 : 23 Vikings]

On their first offensive possession of the second half, Cousins ​​found Cook through the air to convert a short third-down. On the next play, Cousins ​​connected with Thielen for three more yards, but Jonathan Jones’ second facemask penalty of the day tacked on another 15 yards. Just short of midfield on a ensuing third-and-seven, Myles Bryant dropped into man coverage, leaving Jalen Reagor open for a 25-yard gain. Several plays later, Cousins’ pass fell incomplete to Theilen, but Bryant was flagged for unnecessary roughness when he hit a falling Thielen in the back. With another set of downs at the 11-yard line, Cook picked up two yards before Josh Uche quickly hit backup left tackle Blake Brandel and picked off Cousins ​​for a sack. On third-and-17, the pass fell incomplete and led to a 36-yard field goal. [Patriots 26 : 26 Vikings]

New England’s first drive of the fourth quarter didn’t have the same success its last few have. A one-yard pass to Stevenson started the drive followed by an incompletion to Nelson Agholor. On third and nine, Jones was forced to the right and lobbed one up to Jakobi Meyers who just fell incomplete. Michael Palardy slipped back to Minnesota.

Quickly back on the field after a 14-play drive, Minnesota turned to Dalvin Cook who gained four yards on the ground, but then lost three yards on a screen that was blown up by Ja’Whaun Bentley and Raekwon McMillan. On third-and-nine, a false start penalty pushed Minnesota back to a third-and-14 where Cousins’ pass to Hockenson went short of the bars. On the punt, Pierre Strong was flagged for running into the punter to give the Vikings a first down. Two plays later, Cousins ​​connected with Jefferson downfield between Jonathan Jones and Devin McCourty for a 36-yard completion. After using a timeout, Cousins ​​hit Adam Thielen on the very next play-off play-action for a 15-yard touchdown. [Patriots 26 : 33 Vikings]

Now New England’s offensive struggles ensued. Facing a third-and-one, Jones looked downfield to Hunter Henry who ended up on the ground. Henry looked for a hold while Jones looked for a hand to the face in the backfield, but neither was called. Palardy’s punt return to Minnesota went for just 31 yards.

With over eight minutes remaining, the Patriots defense did their job. After surrendering a first down, Cousins’ second-down screen was hit by Jalen Mills for a four-yard loss. On third-down, Cousins’ pass fell incomplete, leading to a punt.

Injury update: RB Damien Harris (thigh) was downgraded to out.

Trailing by seven with 4:21 left, Mac Jones found Kendrick Bourne for a 14-yard gain. After an incompletion, Stevenson broke up a screen pass for 40 yards. Things went south, when Jones was sacked on third-down to set up a fourth-and-16. On fourth-down, Jones’ pass downfield to Nelson Agholor fell incomplete.

With 53 seconds left and no timeouts, Mac Jones and the Patriots offense took the field needing a touchdown. Jones then picked up a first-down sack, before connecting with Bourne and Meyers. But without timeouts, it didn’t matter. [Patriots 26 : 33 Vikings] 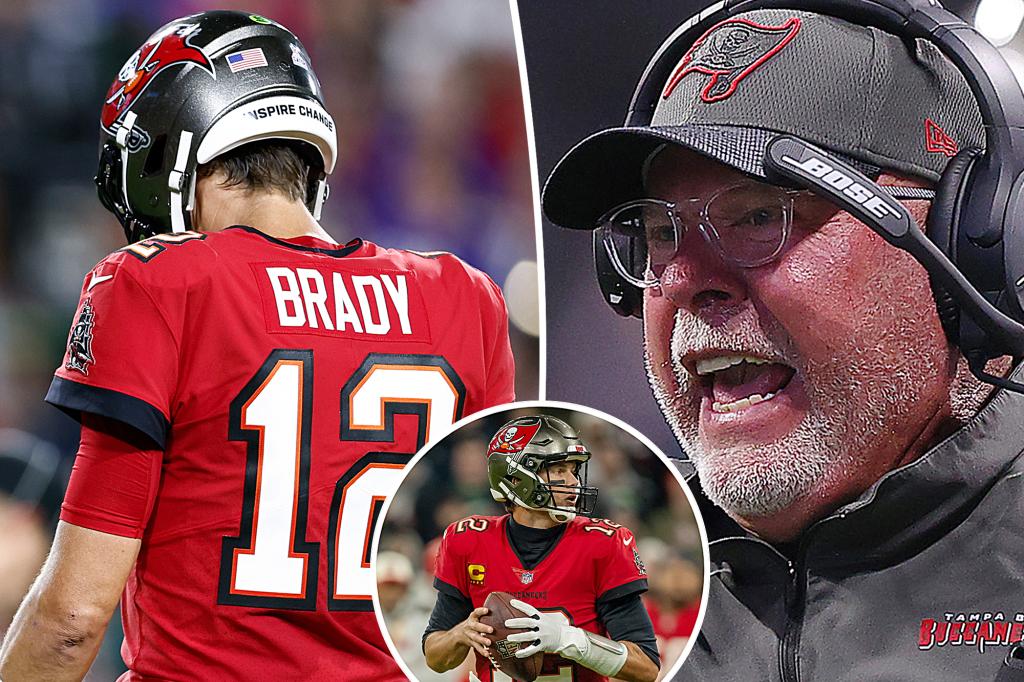 Tom Brady played “bad” — and no one wanted to say it: Bruce Arians 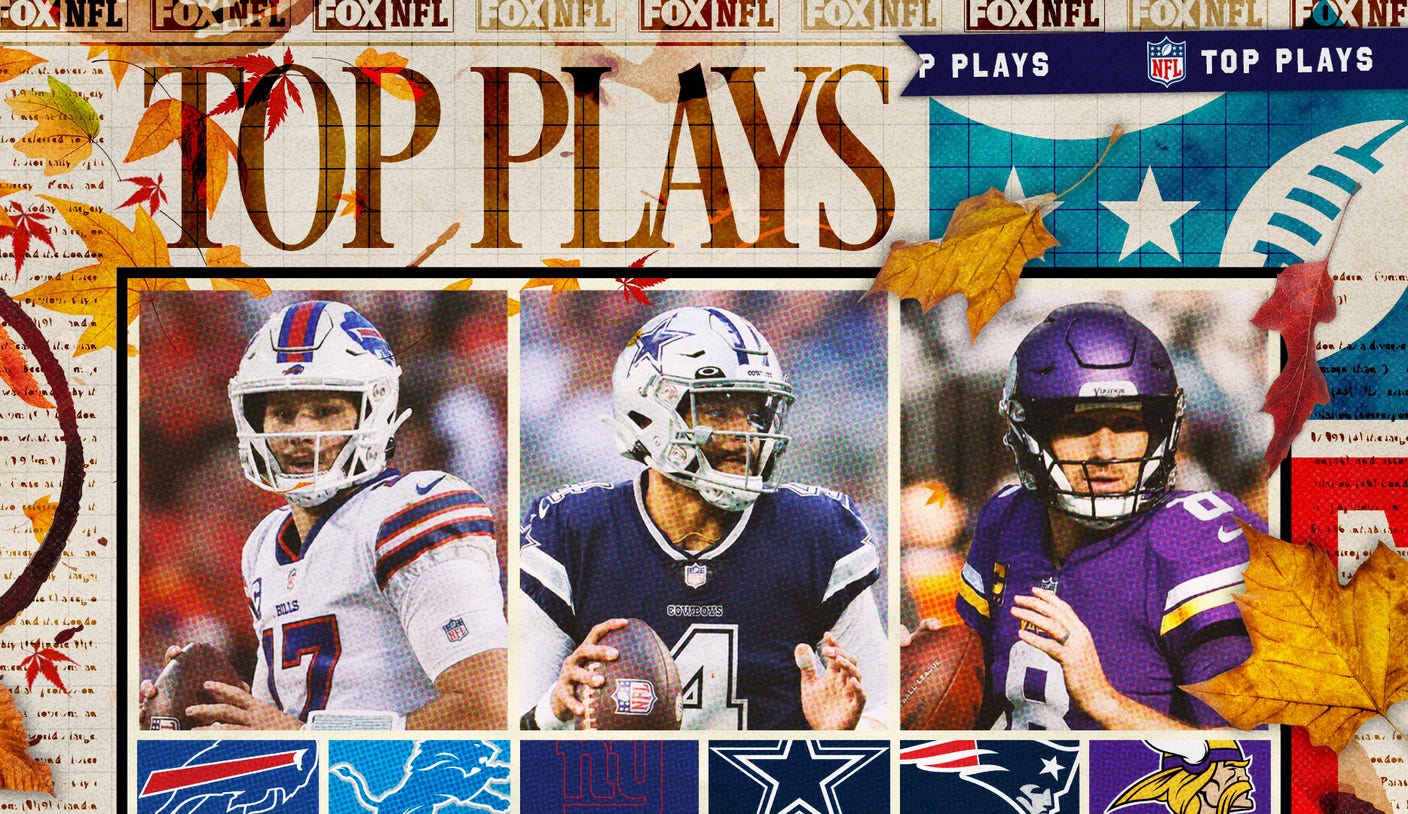 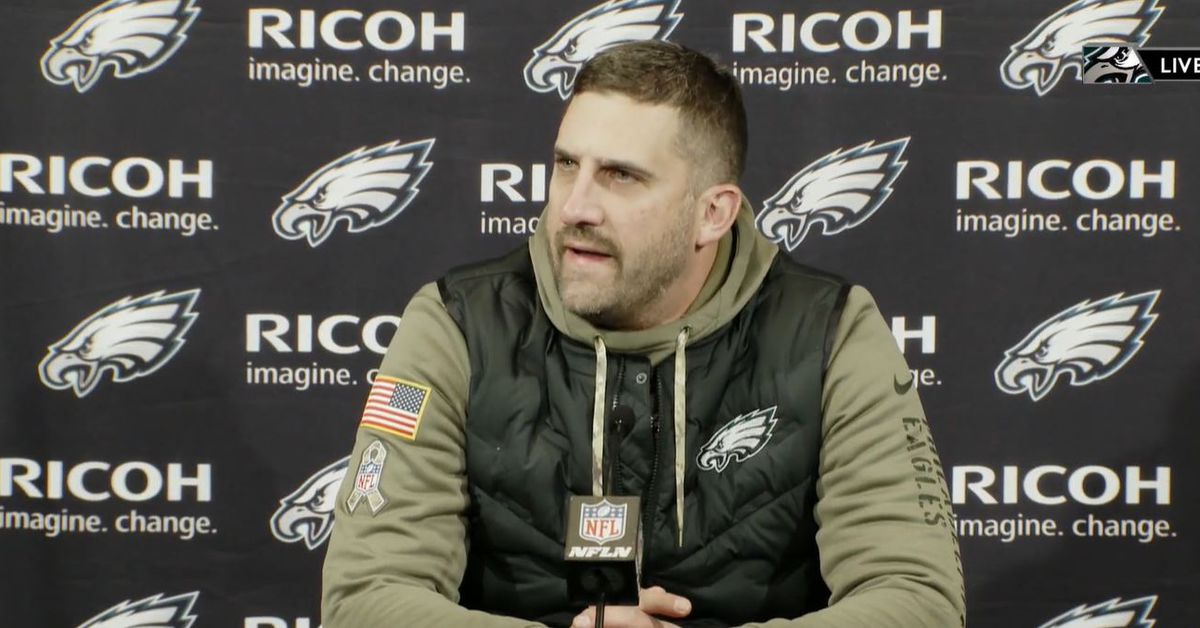 Nick Sirianni on Eagles loss: “We played like crap”