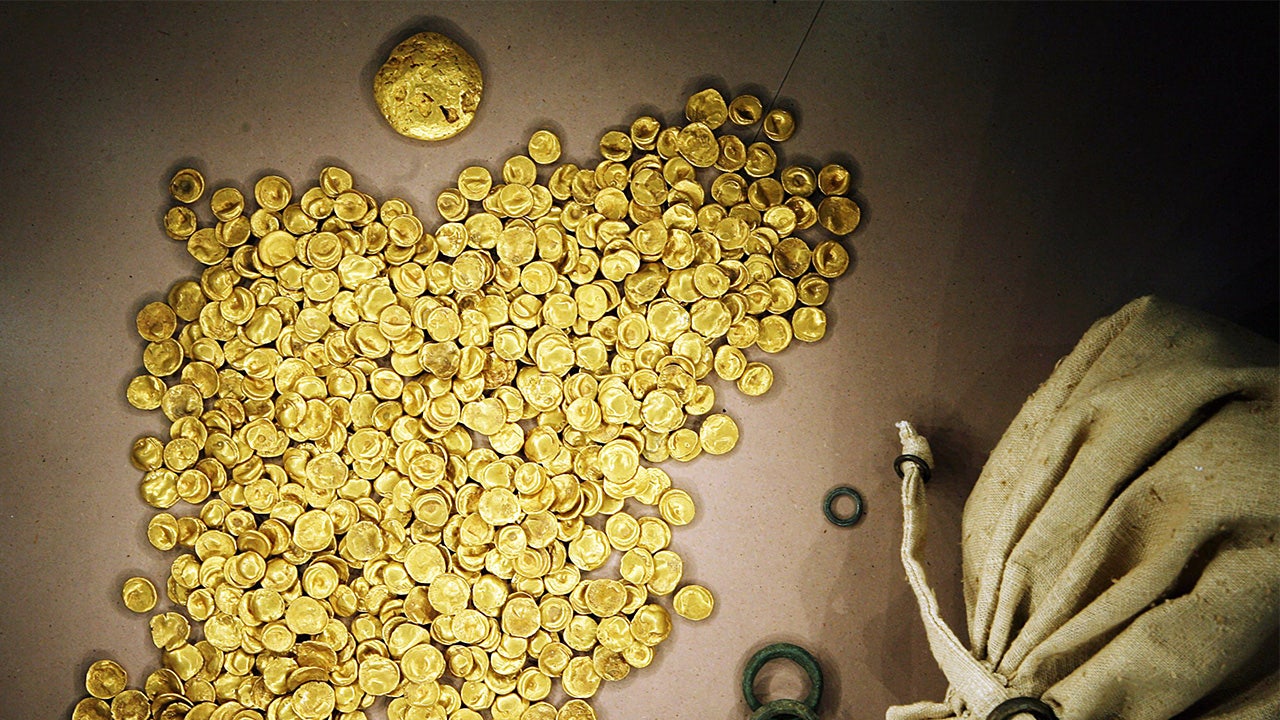 On Tuesday, a huge hoard of ancient Celtic gold coins was stolen from the Celtic and Roman Museum in Manching, Germany, according to Bavarian state police. Authorities estimate the value of the coins, which together weighed about 4 kilograms (8.8 pounds), to be more than $1 million.

“The loss of the Celtic treasure is a catastrophe,” explained Bavaria’s Minister of Science and Art Markus Blume to the German news agency dpa. “As a testament to our history, the gold coins are irreplaceable.”

The 483 coins were first found in 1999 in the ancient Celtic settlement known as the Oppidum of Manching. Archaeologists quickly realized how sensational the discovery was: the coins represent the largest Celtic gold find of the 20th century. Trove is also the subject of continuing scholarly research into Celtic trade networks.

The largest Celtic gold find of the 20th century was found near Manching in 1999.
(Photo by Frank Mächler/dpa via Getty Images)

THE CLIMATE ACTIVISTS THROW FLOUR AT THE WARHOL-PAINTED BMW

The Süddeutsche Zeitung reported that the circumstances surrounding the robbery were straight out of a Hollywood movie. To avoid triggering the alarm, the thieves cut telecommunication cables causing internet and phone outages throughout Manching.

The robbery reportedly only lasted 9 minutes.

“The museum is actually a high-security place. But all connections with the police were broken,” Manching mayor Herbert Nerb explained to the Bavarian newspaper. “There were professionals at work here.

The police are appealing for witnesses who may have seen suspicious people near the museum or have other information that could lead to the recovery of the treasure.

The Celtic and Roman Museum is pictured in the evening light, in Manching, Germany, Tuesday, November 22, 2022.
(Armin Weigel/dpa via AP)

Rupert Gebhard, who heads the Bavarian State Archaeological Collection in Munich, estimated the value of the treasure at around 1.6 million euros ($1.65 million). “The archaeologists hope that the coins remain in their original state and reappear at some point,” he said, adding that they are well documented and will be difficult to sell.

“The worst option, the meltdown, would mean a total loss for us,” he explained, noting that the material value of the gold itself would only run to around 250,000 euros at current market prices.

The Manching theft is just the latest in a series of museum robberies that have plagued Germany in recent years.

In November 2019, thieves raided Dresden’s Green Vault, one of Europe’s largest collections of treasures. The estimated value of jewels stolen during that robbery is north of $100 million. Six Germans accused of involvement in the robbery were put on trial in January this year.

Before that, in March 2017, the “Big Maple Leaf”, a gold coin considered the second largest in the world, was stolen from Berlin’s Bode Museum.

The authorities have not been able to find items stolen from any of the robberies.

The Associated Press and Reuters contributed to this report. 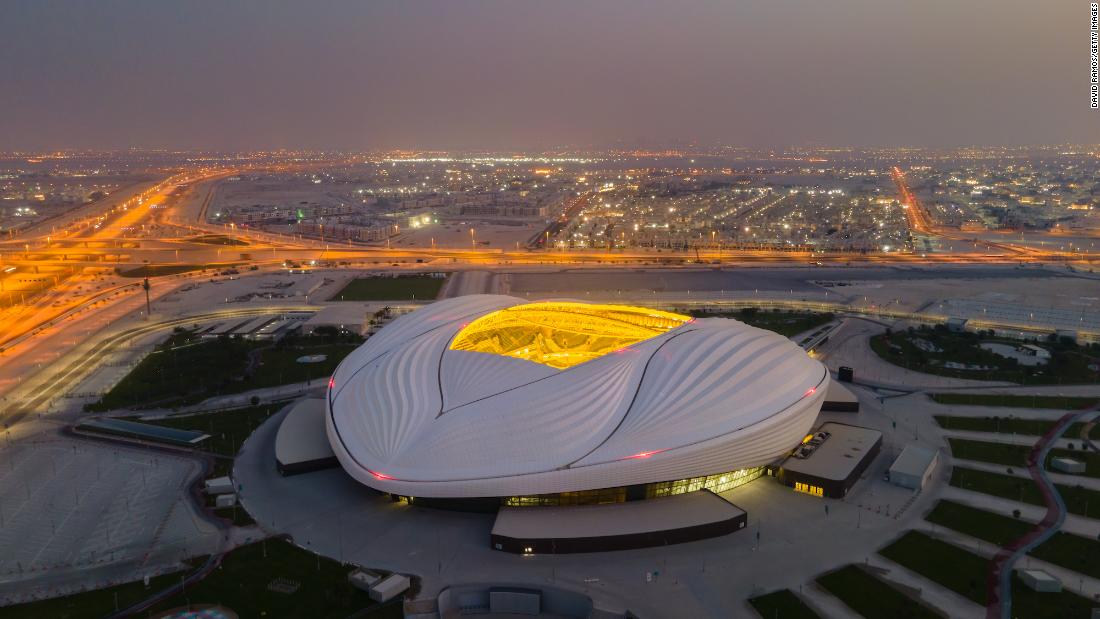 How to pronounce Qatar | CNN Travel 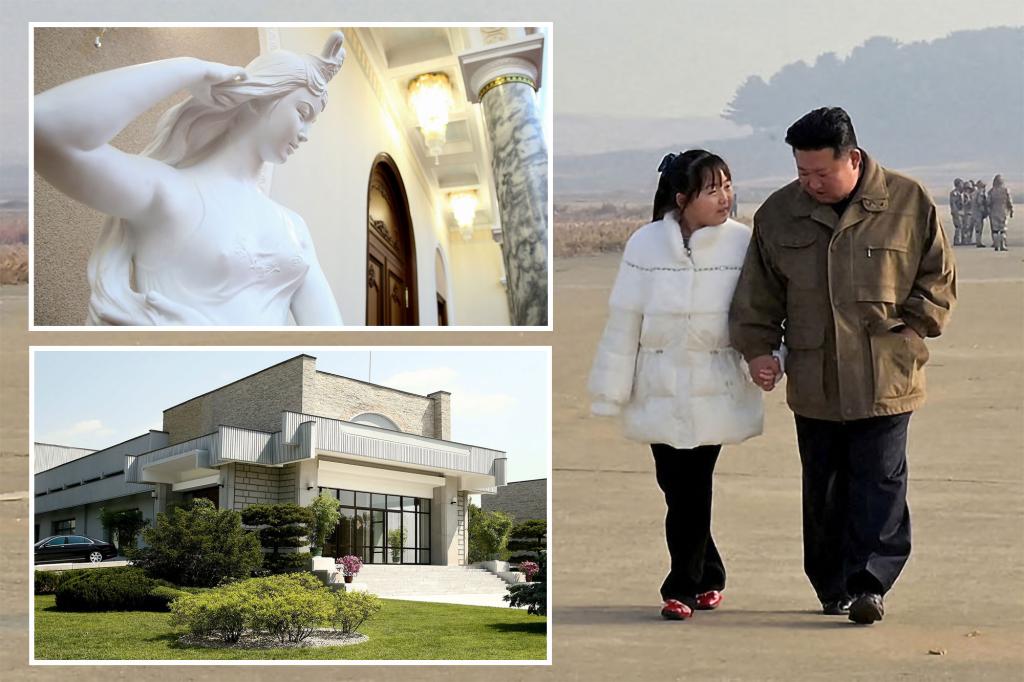